Have You Made Any of These 5 Networking Mistakes?

Views about how to network can vary wildly from one person to another. For some, networking is a dirty word. They feel like doing so is fake or comes across as self-focused. For others, it’s incorporated into everything they do and is more of a way of life. With such varied views, it’s not surprising that networking mistakes can happen to anyone.

If you’re wondering if you are networking properly or crossing an invisible line of appropriateness, here are five networking mistakes to avoid.

1. Staying Within Your Networking Group

There’s a blind spot that can happen to seasoned vets of networking. You’ve given and received with others plenty and possibly over many decades. Subtly, an idea creeps into practice that your networking group has expanded enough and just needs to be maintained. The problem is that you’ll miss out on new opportunities. There are always compelling reasons to reach out to and get to know new people regardless of your age and experience.

No matter the relationship, whether romantic or relating to a colleague, meaningful interaction with others breaks down quickly when things are one sided. Attempts to get things from people without giving could well be the greatest networking blunder of all.

Find ways to benefit another contact mutually even if that just means writing a positive note on their Facebook page. Everyone has to fight the temptation only to look out for themselves. By finding ways to help each other, you’ll hit the whole point of networking dead on.

Failing to follow up is like catching a good fish, bringing it home, but failing to clean it so that you have something to eat. The sad thing about not following up is that all of the previous hard work doesn’t pay off. You were oh so close but not close enough.

This one is closely tied to being a one-sided networker. If you only reach out to others when you need a job, you can end up looking like a real mooch. It’s understandable that you can feel desperate when a job falls through, and you may be worrying about how to feed yourself and your family. It doesn’t mean that if you start networking at a time like that that you just committed the unpardonable sin. What it means is that you’re missing the bigger point of networking. It’s all about relationship building which takes a lot of time.

You’re understandably suspicious of this one since it just so happens that this article is posted on a business card company’s website. Although there are some out there who believe that business cards are not necessary anymore, that isn’t how most people feel.

Business cards are an important way to look legit, make someone remember you and to make someone more likely to contact you. There’s nothing more amateur looking than saying that you have a business and then scrawling your personal information down on a piece of scrap paper to hand out to someone.

If you’ve made some of these networking blunders, there’s no need to stress out over that fact. Everyone makes mistakes while networking. Knowing that you have something to improve upon is half of the battle.

As you continue to grow and progress, you’ll benefit others and yourself more and more. We at Silk Cards enjoy seeing your increased success as a networker, and it can all start with a one-of-a-kind business card! 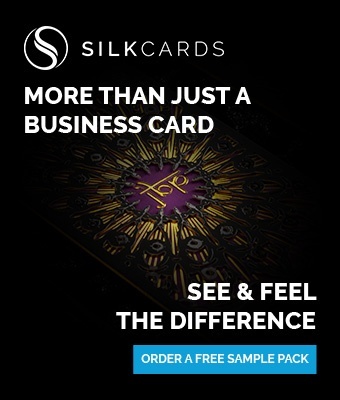